Who buys suffering, I sell suffering for 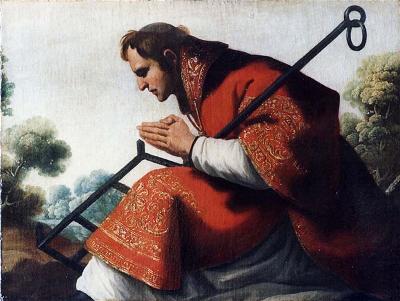 Who buys suffering, I sell suffering for

In this world no one likes suffering. But suffering is not useless, or only causes negative
consequences. In fact, when people are faced with suffering, people have many different attitudes.
Some people are crushed by suffering, but many people have the courage to overcome suffering.
Why so? Thought should repeat the saying of Saint Thomas Aquinas: “God does not make evil as he
is. But when evil happens, God can do the good that comes out of it. That is God's goodness ”. So
suffering is not from God. But when it does, God can turn it to benefit us in His own way. For
example, when we are sick, God can use that to give us a better understanding of how fragile is our
life. However, we must be very careful in determining what is God's will, because sometimes we just
"blame" God.

Indeed! Many times we have heard statements like: "Nothing happens but the will of God"; "The Lord
has arranged everything"; "That is the punishment God used to alert me, to pay my sins in this life"; "It
is the cross that God sent me, that I should be like Him, that I will make merits for the next life." Above
are the common reactions when people experience suffering. But from the Christian standpoint, all of
the above are false. Let's do a little analysis.

First, some people say: "Nothing happens out of the will of God". Is it just because people
want to emphasize the power of God. So, they have attributed everything to God. This concept
belongs to the category of deity, according to the Old Testament mentality of the Jews. They believe
that God is the cause of all things, good and bad. Example: “The Lord makes poor and makes rich.
Humbles and also exalts."(1Samuel 2: 7), or:" I am silent and do not open my mouth, because you
are the one who did this.”(Psalm 39:10).

Such a concept of God is not good. Especially when applying that concept to everyday life
which has too many paradoxes. For example, one will not be able to understand why God is the One
who forgives all of man's sins; also ready to punish people at the same time, for He is absolutely just?
So when faced with such tragic paradox, people only “biting the teeth to endure”, because God wants
to do that! Saying so is like telling God to contradict himself, for he is both good and bad, both tolerant
and petty. This is in contrast to Christian beliefs. We believe in an incredibly good God. There is no
evil in Him. He can do everything according to His will.

So what does God want? It is too clear that God wants only good, since God's nature is Love (1Jn
4:16), so everything He wants comes from love only. What about what God doesn't want? For
example, "I swear I take no pleasure in the death of the wicked, but rather that they turn from their
way and live" (Ezekiel 33:11) ... How should we understand this? God is inherently very good. He
eliminates all sins, but is very tolerant of sinners. St Paul affirms: “Christ died for us, even when we
were sinners. It is proof that God loves us ”(Romans 5: 8). The Bible also adds: "God wants kindness,
not sacrifice" (Hosea 6, 6).

Thus, what God does not want is what is contrary to His love. Love does not bring evil and suffering.
Surely evil and suffering are against the will of God. In short, God does not want and do bad things. In
God there is no shadow of evil, even in His will. Yet people still abuse words when saying "it is God's
will". But who is sure "it is God's will", while our ability to "to measure another’s foot by one own last"
is quite possible, even very often. Looks like people in the past still like to "be God"!

Second, it is said that "God has arranged everything". This is a very misconception. Catholic doctrine
does not teach God as the "arranger", but it does teach God to be "providential". We must clearly
distinguish these two terms. "Providence" are God's provisions in wisdom and love, to lead all
creatures to their ultimate goal, which is Himself. Although God is completely in control of his
purposes, in order to do so, He also gives people reason and freedom, so that they may cooperate in
his plan. And "arrangement" means predestination. Everything has been "programmed", has been
"pre-programmed" and must have happened exactly like that, when the time comes. If we live
according to the concept of "arranged", then no matter what we can do, we cannot avoid the arranged
fate. Hands up!

The reason people often say that God predestined or arranged, because in many cases the cause of
the matter could not be found, so the only way was to attach it to the "divine plan". Then wash the
hands. It's done. However, this violates two basic principles:

1 / Predestination is a part that occurs first and partly after; meaning that is to depend closely on the
course of time. But God is never dependent on time. He transcends time and dominates time.

2 / Man has freedom. And God respected that freedom to the very end, so much so that He allowed
man to use the freedom to kill His only Son. So if we conceive of God as "predestined", we assume
that God destroyed man's freedom. The freedom that Jesus himself respected and readily accepted
death on the cross to protect it to the end. Indeed, human dignity is only obtained, when man has the
freedom to decide his own life. Without true freedom, man is inherently "the image of God", just like a
lifeless machine, even inferior to an animal, because at least animals know to "remove the crib or
cage", and not "biting the teeth to endure" everything like a human.

Third, some people say: "Suffering is a punishment God uses to alert me, to pay for my sin in this
life". This is also a divine concept in the Old Testament, which we find in a number of Asian cultures.
For example: "Do good and good things will come, do bad and bad things will come"; in the sense
that everything that happens is up to God's will. So, if I get lucky, it's because God rewards me,
because I live and do good things. If I have a disaster, it is because God punishes me, because I sin!
It turns out that the relationship between God and man is just a reward and punishment in the form of
a sin. Thus, human destiny is too tragic. I am inferior to animals, because animals never sin, do not
have to worry about hell.

Furthermore, if such a concept of God was based on sin, it would be impossible to explain the way of
the cross God chose to manifest himself. If God judges like that, then The Son of God would not need
to come down as a human. What crime did He have to live a difficult life, die and be resurrected? And
of course there is no one in this world that is considered worthy of life, because everyone is sinful.

"Suffering is the cross sent by God, so that we should be like Him, so that we
can make merits for the next life". This is popular advice to comfort the suffering. But this kind of
comfort is very harmful, because it creates a kind of "enduring virtue". That is, if it was the will of God,
it was "a cross from God", then even if we do not want to suffer, we can’t avoid it neither. The only
way is to accept and get over it.

Once again, the incarnation and entering to the world of The Son of God show that such conception
of God is very wrong. The whole life of Jesus is a companionship involving people through all life
events, in order to free people. Not only does He deliver mankind from spiritual suffering because of
sin, but He also frees people from physical suffering as well, such as healing, exorcising evil spirits,
defending sinners, teaching the truth, spread the good news of love. That is, God wants to free the
whole person.

Indeed, God knows that human life is very weak, muddy and bad, so he is ready to share his identity
with people, to bring suffering, to bear sins on behalf of people. God cannot contradict himself, when
on the one hand is ready to engage with man, to bear all suffering for man; on the other hand to send
suffering to them disguised as the moral form of the "cross". In fact, God does not need to burden
people any more, because God knows how fragile people are and how much they need to be saved.

Perhaps we should also note this: The saving value of Jesus' cross event is not suffering, but love
that conquers suffering. If we mean the word "cross," then, arguably, the most correct cross is the
Cross of Jesus. A Cross transformed from a cross. In other words, of the thousands of crosses
erected to crucify sin, only one cross has turned into an Holy Cross, the cross of Jesus. It is the love
of God who wants to involve man in the end that turns the cross into the Holy Cross. Thus, the Holy
Cross is the result of love, not the value of suffering, or the result of evil.

So what is the meaning of suffering? The Lord says "Whoever ever wishes to come after me must
deny himself, take up his cross and follow me" (Matthew 16:24). Thereby, the Lord wants to invite us
to go on a journey of commitment to follow the example of God, so that we are ready to engage with
our brothers and sisters, to the point that we do not hesitate to share or suffer suffering on their
behalf. It can also be said that when we suffer, God himself accompanies us, helping us to overcome
suffering. This meaning is completely different from the one used to refer to "suffering of God", as
described above.

The suffering we carry within us are the challenges with a meaning of purifying that help us to grow in
our relationship with God and with our brothers and sisters. Such suffering can be destructive, even
painful, because purification often requires pruning, renunciation, and sacrifice. But for sure, suffering
cannot be harmful to man (Job 1:12). Therefore, we must be very discernment when we encounter
suffering, we must consider it carefully before applying its meaning, because the events of suffering
are often not as simple as we think. Suffering is a mystery. Those who generously accept and live the
mystery of pain will receive the third blessing of the Lord: "Blessed are they who mourn, for they will
be comforted" (Matthew 5, 4).

Conclusion: Suffering is not God, because God is Love (1John 4:16). Because it is Love, God is
ready to share all suffering with people, and dedicated to helping people to sanctify them. So my
suffering today, I will sell to whom, and who dare to buy? There is only one God who loves me. He is
powerful, generous, and ready to "buy out" all my suffering at the price of His blessed blood(Hebrews
4,15). That is my belief and hope. Dear God, I trust you.

OK
We use cookies to help us understand ease of use and relevance of content. This ensures that we can give you the best experience on our website. If you continue, we'll assume that you are happy to receive cookies for this purpose.